What Is Scientific Uncertainty?

Inspired by this infuriating piece in the NYT, I want to go over the concept of scientific uncertainty.

Scientific uncertainty is a concept meant to remove bias and prevent scientific findings from becoming misleading. It means that, in any given experiment, there may be variables that the scientist can't see or can't control. Those variables could affect the experiment or the findings. Or, they may have nothing to do with it. Whatever an experiment or an observational study found, uncertainty has to do with how much variability might exist within the data. It does not mean an experiment was poorly done, or someone's findings are garbage. Peer reviewed papers contain uncertainty because it is part of good science.

The more times an experiment is done, and the more scientists who have nothing to do with each other perform it (i.e. from different institutions or from different parts of the world or even in different decades) the more uncertainty is reduced. These people hone the findings, explore different avenues, and continue to eliminate questions until humans have got a pretty good idea of what's going on. Guess where that gets us? To our current model of the universe, or of the atom, or our understanding of gravity. All concepts which scientists continue to study today, and will continue to study.

If you're going to talk about scientific uncertainty, you also have to talk about consensus. Take anthropogenic climate change: scientists are at CONSENSUS that human activity is causing damaging climate change that will have adverse effects on biomes and on human civilization across the globe. Of course there will be scientists who disagree. Some of them are paid to disagree (if you don't believe me, read MERCHANTS OF DOUBT by Naomi Oreskes and Erik M. Conway). 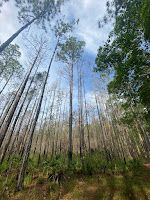